From Spain to Los Angeles 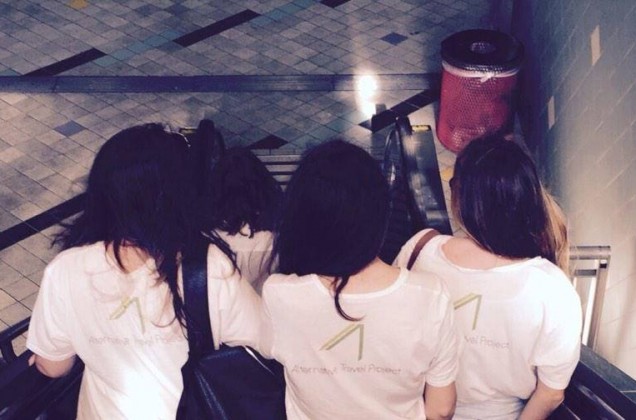 We are Nerea, Carolina and Cristina from Spain! We’ve been sharing our own ATP adventures between the three of us for quite some time.

We all live in different counties of Spain and have known each other for years, and even though we’re 5 and 10 hours away from each other, we’ve been having a blast all this time sharing all the things we’ve been able to learn on a daily basis while ATPing our cities.

As regular ATPers, we’re used to experiencing things on the bus & metro or even by using the bike or walking. And let us tell you this: the things that we’ve seen while ATPing and the fun we’ve had while doing it is nothing compared to what you can experience while driving your car.

Carol is a faithful to the bus in Cádiz, while Cris is loyal to the metro in Madrid. I (Nerea) am more of the bike/walk kind of girl in San Sebastián.

We’ve recently had the chance to visit Los Angeles together, and after following the Alternative Travel Project for a couple of years we of course couldn’t leave the city without trying the public transport or without walking the streets of the City of Angels. While we were there we have become aware of how hard the TeamATP works to make Los Angeles a better city, and we’ve come to understand a lot of the information that this same team shares daily on their accounts.

But let us tell you this, guys: ATPing in Los Angeles is not near impossible! It is, in fact, much more refreshing than actually taking your car to wherever you are going. With the improvements that are being made on the public transport, it will become easier for all the Angelinos to go car free and avoid all those traffic jams as well as all the pollution being generated.

For all those who haven’t tried it yet: you should go out there and see the beauty that your city has to offer. And for the ones who, same as us are regular ATPers: we’re sure you share our thoughts right now! Even if you think that using the car might be more convenient/easier/comfortable/callitwhatyouwant, it is not always the best or most appropriate option: public transport offers you a regularity that the car doesn’t. In fact, you might get to work/college/wherever sooner than by car if you are using an alternative way of transport. Just think about it & the positive impact you’re making!